Home » Tracks » Portoferraio: the sea just a few steps from the town centre

Portoferraio: the sea just a few steps from the town centre

A precious Portofferaio feature is represented by its city beaches. The proximity to the sea is perfect as it allows those just passing through the city to take a dip in the blue waters of “Le Ghiaie” and “Le Viste” beaches.

The closeness between the sea and the town centre is what makes Portoferraio renowned. In fact, it is possible to reach the beach “Le Ghiaie” in just five minutes from the docking bay: blue sea, natural beauties and little restaurants on the sea shore where you can enjoy Elba salt air and sun.

At the same time, “Le Viste” beach is a few steps from some historical sites such as “Forte Stella” and “Villa dei Mulini”, official residence of Napoleon Bonaparte during his exile in Elba.

The wonderful crystal clear seabed distinguishes both beaches, above all when sirocco wind blows. In these two beaches there are a pedalo and boat rental service, restaurants and areas equipped with umbrellas and sunbeds.

Both “Le Ghiaie” and “Le Viste” beaches are a real paradise for snorkeling lovers, even near the shore. Both are marina protected areas, this is the reason why they are perfect for scuba diving: fauna and flora are unforgettable. 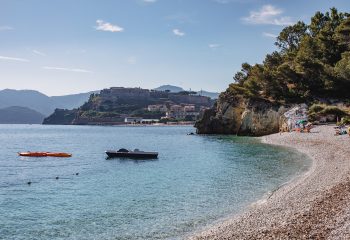 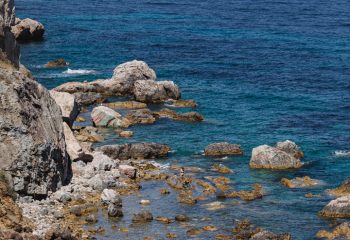 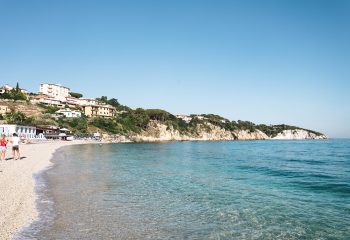 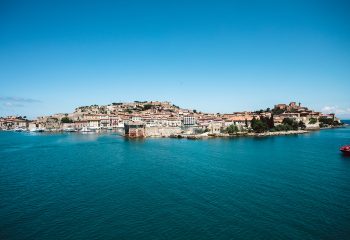