Opened to the public in 1988, the museum consists of 2 rooms displaying archaeological finds arranged on the basis of a historical-geographical approach, curated by the archaeologists of the University of Pisa Archaeology Department, led by Prof. Orlanda Pancrazzi. The period covered runs from the late VIII – early VII Century B. C. to the V Century A.D.

The large collection of materials from Elba and the Archipelago is displayed in showcases accompanied by explanatory panels: topics linked to Elba’s economy, from iron ores to the maritime trade in wines, not to mention a description of the various parts of the ships (the many amphorae with their contents have made it possible to reconstruct the trade in foodstuff’s).

One rare item is the iron anchor from the Montecristo wreck, to which marine deposits have stuck a large number of black painted goblets and jars from the vessel’s stores. One particularly fine piece is the Ara di Attiano, or Altar of Attianus, in granite, dating from the II Century A.D., found near the Seccheto granite quarries and dedicated to Hercules by Attianus, who may have been the prefect of the Emperor Hadrian’s Praetorian Guard.

Another case contains the finest materials from the private collections donated by the Foresi and Mellini families, the latter considered the progenitors of the archaeological museum (they actually displayed some of the finds at the Exposition Universelle in Paris in the closing years of the 19th Century). 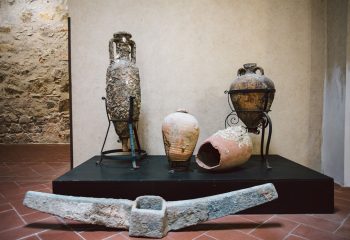 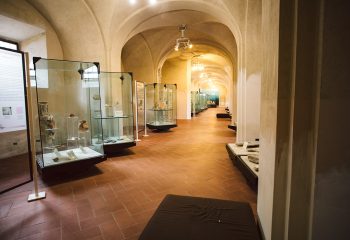 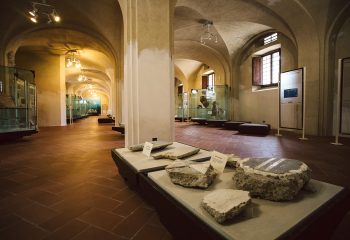 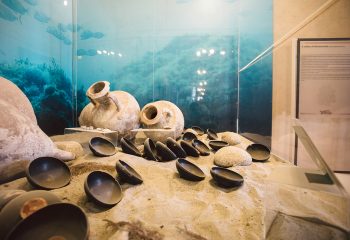 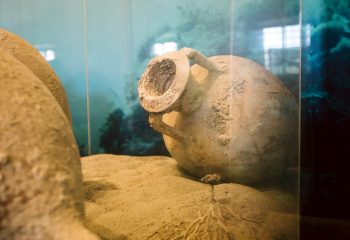 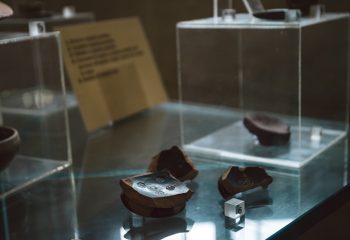 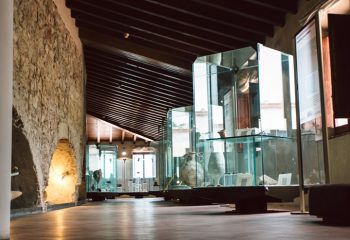