Home » Luoghi » The Church of Misericordia

The Church of Misericordia

A mess is held every year, on 5th of May, in honor of Napoleon Bonaparte.

In the corner of “Piazzale De Laugier”, along the evocative “Salita Napoleone”, you will find the baroque Church of Misecordia, built in 1677 for the “Arciconfraternita della Reverenda Misericordia” (The Confraternity of the Reverend Mercy) founded by Giovanni de’ Medici in the 16th Century.

The little church still holds relics of the patron saint of Portoferraio, Saint Cristino, in a shrine under the altar. They were found in Rome, in the 17th Century, inside the Catacomb of Priscilla and then donated by Pope Alessandro VII to the “Reverenda Confraternita della Misericordia” (The Reverend Confraternity of Mercy) of Portoferraio.

Get lost and admire the strange perspective of the fresco on the ceiling, the pipe organ from the 18th century and the “Madonna con il Bambino” (Virgin and Child) attributed to Tino da Camaino, a student of Giovanni Pisano. 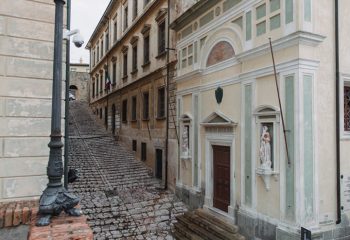 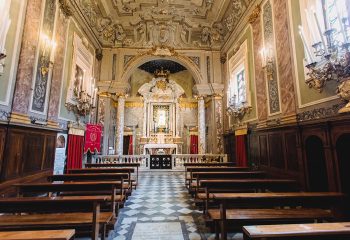 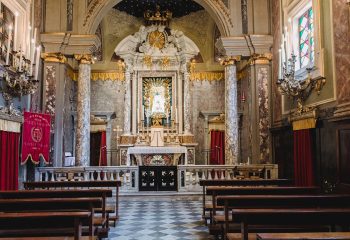 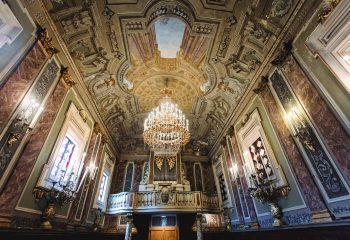 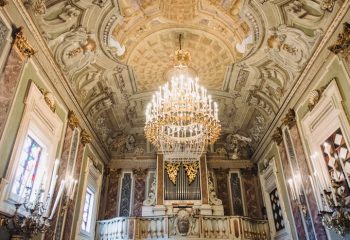 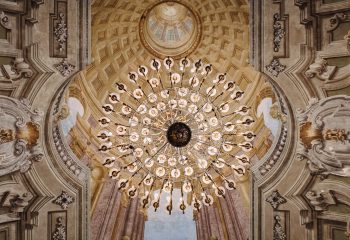 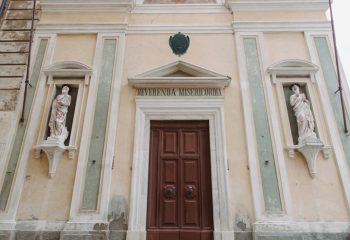